One copy of yourself should be dedicated to reading 24-hours a day and provide feedback to yourself. It should then populate that infinite dormant memory in your head, indexing everything and getting on with it, ploughing through all that is readable and available, at thought-speed, — forget about sluggish light-speed, we have very (much) surpassed that.

You see a lot too. Maybe even more than you read. But, don’t underestimate the written word. With reading also comes seeing.

There is so much out there that you actually don’t have to think ever again. It’s all been said and it’s all been thought. And what remains, surely, is in a pipeline somewhere to be revealed shortly (on Netflix or some blog or in a pub).

And, the more I read and see, truly I feel, the dumber I get. Why? Because in some way by having all this input I don’t have any output anymore. I do, but it’s others’ thoughts, words and ideas.

I clearly know that I have to extend my 24-hour day. I have to create parallel days and still manage everything even if it is four-fold now. But, I don’t want to be a manager. No, shit no! I want to be involved in every little bit of those multiple 24-hour days, and I also want to get on with other stuff that interests me. I want to spend hours flying, soaring in the air, 3k feet above the ground, or landing in my neighbor farmers backyard on a penny for a cup of Wienermischung Arabica coffee. I want to immerse myself in music and play it and compose. I want to travel to every remote and beautiful corner of this magnificent continent called Africa in my Land Cruiser. I have a love affair with Africa and another one with another one. I have to create, split, multiply and slice the time I have available.

I literally have to drag myself away from the latest doing, reading and seeing, — which I am blatantly honest about, is all extremely enjoyable, — back into my chambers, close the door behind me and open the one in front of me. The one that opens into my world from my mind. You see, here goes another 24-hour day.

My function in life, — having come to this astounding realization of the ninety-six hour day requirement, — is not to write more initially. We have agreed that there is too much already for the twenty-four hour limited human being.

We have to find ways to condense time, expand time, multiply time, fornicate time, forget time, — ignore it, any which way, — and get more done in the moment of life we have so we can absorb, digest, create more and become infinitely more of ourself.

What other point could there conceivably be to continue with life once such a revelation has shone upon us, but to invent new methods and aspire to hitherto unknown heights of accomplishing the impossible?

Do you really want to slip back into your twenty-four hour drudge-day which practically gives you perhaps two hours to do your stuff, instead of figuring out some multi-parallel reality?

Fine, go for it. You won’t find me in that asylum.

Yes, there are schools of thought that we should do one thing and one thing only at a time in order to do them properly. (utter rubbish loser talk) Admittely, I have tried and I have made a mess of it. My first novel, a fictional memoir called ‘beyond Cloudia,’ touches on the subject. And, there are always those ‘I told you so’ encouraging cheer leaders. Instead of getting multiple things done, nothing was finished, except the bottle of red wine or the J, in the end. That however is no sentence not to try again, more evolved, and with better or more Jwine. I don’t smoke so there is no J in my wine.

The current steam locomotive of progress has become terribly, frustratingly slow and this has watered the seed for further exploration into the matter of parallel 24-hour days, or, at least one ninty-six hour day to start with.

Very few things, if any, have ever worked the first time around. How many rockets have gone up in smoke? Right. We have to start somewhere.

I think we have to be blind movers sometimes, believing that our movement gets us there, although we can’t see it, or explain the logic behind our (absurd) behavior . 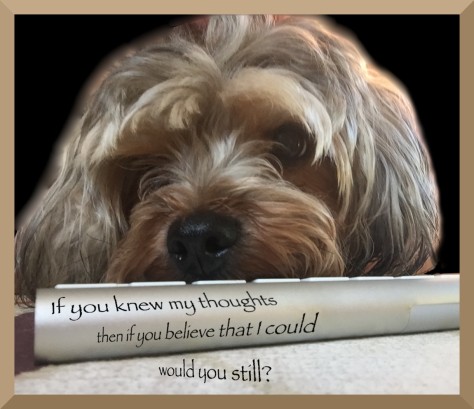